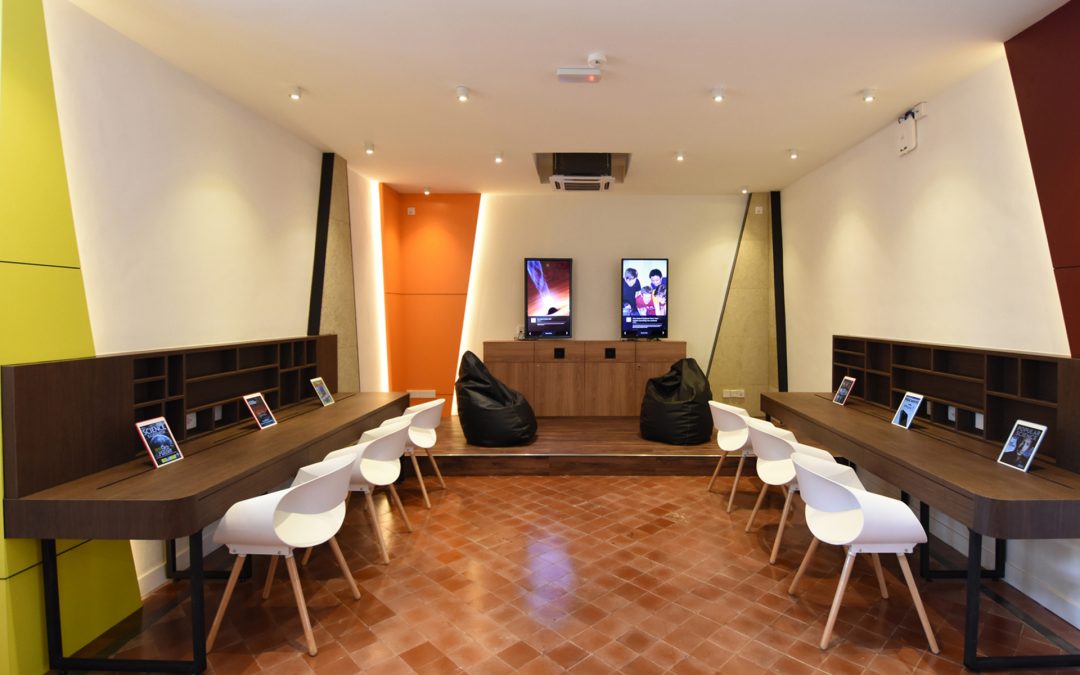 Speak of Penang, and oftentimes people will bring up the usual associations—hawker food, holidays, sight-seeing, and heritage spots. But equally as important as Penang’s reputation as a tourist destination is its function as one of Malaysia’s technological hotbeds.

Put forward as Asia’s next Silicon Valley by publications like BBC, Penang is now home to thousands of startups as well as a large number of Fortune 1000 companies like Intel and Motorola.

One of the contributors to Penang’s strength as an industrial and technological powerhouse is the monetary support afforded to its technological ecosystem by its state government.

Just last month, Penang Chief Minister Lim Guan Eng announced an Industry 4.0 (I4) fund of US$1mil (RM3.9 mil) for tech startups within the state, with the aim of accelerating the state’s startup ecosystem in preparation for I4 technologies including AI, robotics, and cloud computing.

This comes in line with the Penang State Government’s focus on technological innovation, where it has seen more than RM68 million already pumped into other scientific initiatives.

As a result, there have been a number of cool technological advances happening in the popular vacation destination, and we’ve listed 4 here.

Recently, the Polis Diraja Malaysia based in Penang have rolled out a digitised version of their traditional police patrol box.

Where policemen were previously required to manually use boxes and logbooks to perform their patrol tasks, the new CoPS allows patrolling police officers scan a QR code to quickly obtain information regarding the residential or commercial lot they visit.

This will allow policemen to conduct visits in a confidential manner without alerting irrelevant parties to their presence, making police patrols safer for all parties involved.

Additionally, there will also be a feature where the public will be able to communicate directly with the police to inform them of any urgent security concerns.

All these features will ultimately equate to the police being able to perform their patrol duties in a timely and efficient manner, and hopefully lead to a safer living environment for the general public.

The system has been operational in Penang for about two months now, and there are plans to recommend the service (which costs a subscription fee of RM100/month) to the PDRM HQ in Bukit Aman should things go smoothly.

Penang’s RM2.5 million Digital Library officially opened its doors in 2016 and as of May last year, is now open to the public 24 hours a day.

The Penang Digital Libary was built as an initiative by the Penang State Government in collaboration with Eastern & Oriental Berhad and Keysight Technologies, and is supported by Time.

With the aim of cultivating growth in Science, Technology, Engineering, and Mathematics (STEM), users get to access over 3,000 digital publications including e-books, e-magazines, and online journals.

The library also has its own smartphone app called Readcasa that lets members borrow books online, and provides a free service that curates the the most current news stories from around the globe to keep readers updated and informed.

With its 24-hour operating schedule, youngsters now have the option to spend their late nights in a conducive learning environment instead of whiling the hours away being unproductive.

“We want to provide a safe and healthy place for the younger generation and this facility is provided free for them to use,” said Chief Minister Lim Guan Eng at its launch.

“We will increase security especially in the middle of the night to ensure the safety of users as this is a quiet area.”

As Penang’s state government continues to focus on the impartation of technological expertise to the public, the private sector also follows suit.

Cytron Technologies, a marketplace for makers to purchase parts for robotics, machines, and other tech projects has introduced a product called Rero—a modular robotics kit to educate individuals on the concept of building intelligent machines and how to programme them. These kits can be bought or rented online.

Rero also actively hosts robot-building and coding competitions around the country in an attempt to make the the subject more accessible and widespread.

Through these competitions, participants have developed ideas and solutions to complement various tasks such as voice-controlled wheelchairs, and automated lab assistance.

Rero also actively hosts robot-building and coding competitions around the countryin an attempt to make the the subject more accessible and widespread.

Through these competitions, participants have developed ideas and solutions to complement various tasks such as voice-controlled wheelchairs, and automated lab assistance.

This builds upon the hands-on approach to learning that is currently popular within Penang’s tech scene, as evidenced by the appearances of learning centres and maker spaces such as:

Another area that Penang leads in innovation is the prevention of diseases—more specifically, dengue.

After the state recorded 2,500 infections and 13 dengue deaths within the past decade, Penang announced last December a one-year partnership with American technology firm Artificial Intelligence for Medical Epidemiology (AIME).

The partnership yielded a surveillance system called Crush Aedes Totally (CAT) that utilises AI to record and predict the patterns of Aedes mosquitoes around the state, monitoring where dengue cases have spread before, and making calculated predictions for where outbreaks might happen next.

The system uses big data analyses, robotics, cloud computing, e-commerce, and Internet of Things (IoT) in the background in addition to AI, and will run for 12 months.

If successful, the project will then be considered for use nationwide.

Thanks to the heavy support from its state government, Penang is becoming a technological goldmine and a breeding ground for new ideas and innovation. We look forward to seeing more exciting new developments come out of that space, and also from other Malaysian hotspots like Cyberjaya and Iskandar in Johor.

Vulcan Post is one of the most engaging digital lifestyle publications in Singapore. They are read by over 500,000 monthly readers.